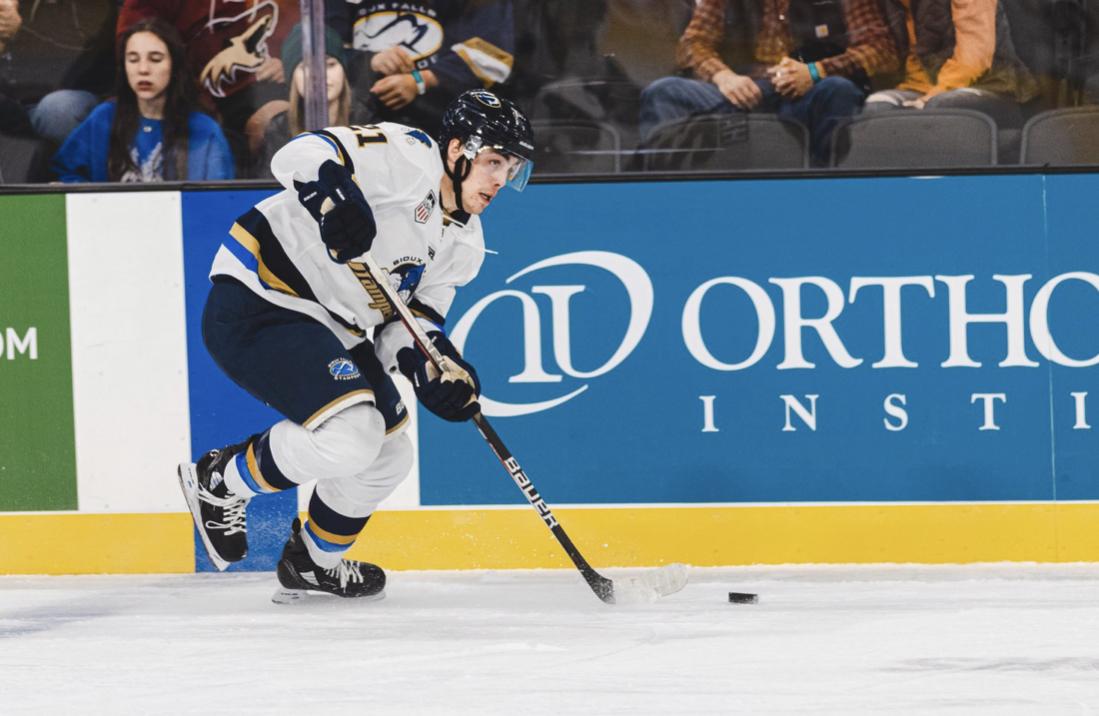 Former Jr. Ducks and Jr. Gulls forward Sam Harris is ninth in the USHL in scoring as of early January. The Denver commit is the 131st-ranked North American skater on the NHL Central Scouting Service mid-term ratings. Photo courtesy of the Sioux Falls Stam

Lipinski is projected to go in the second or third round of next summer's NHL Entry Draft.

Harris, a late 2003 birth year, is one of the top scorers in the United States Hockey League (USHL) this season. The 5-11, 190-pound Harris is rated the 131st North American skater, meaning he's expected to be a late-round pick. Harris also appeared in the CSS ratings last season.

The left wing, who also played for the San Diego Jr. Gulls, has 32 points and 17 goals through 27 games.  Those totals put Harris, a University of Denver commit, ninth in the league in points and tied for fourth in goals.  He has exceeded his goals total (16) and almost matched his points total from last season (35), which he got in 61 games.