The forward is the 68th player with ties to the club to make a Division I commitment. 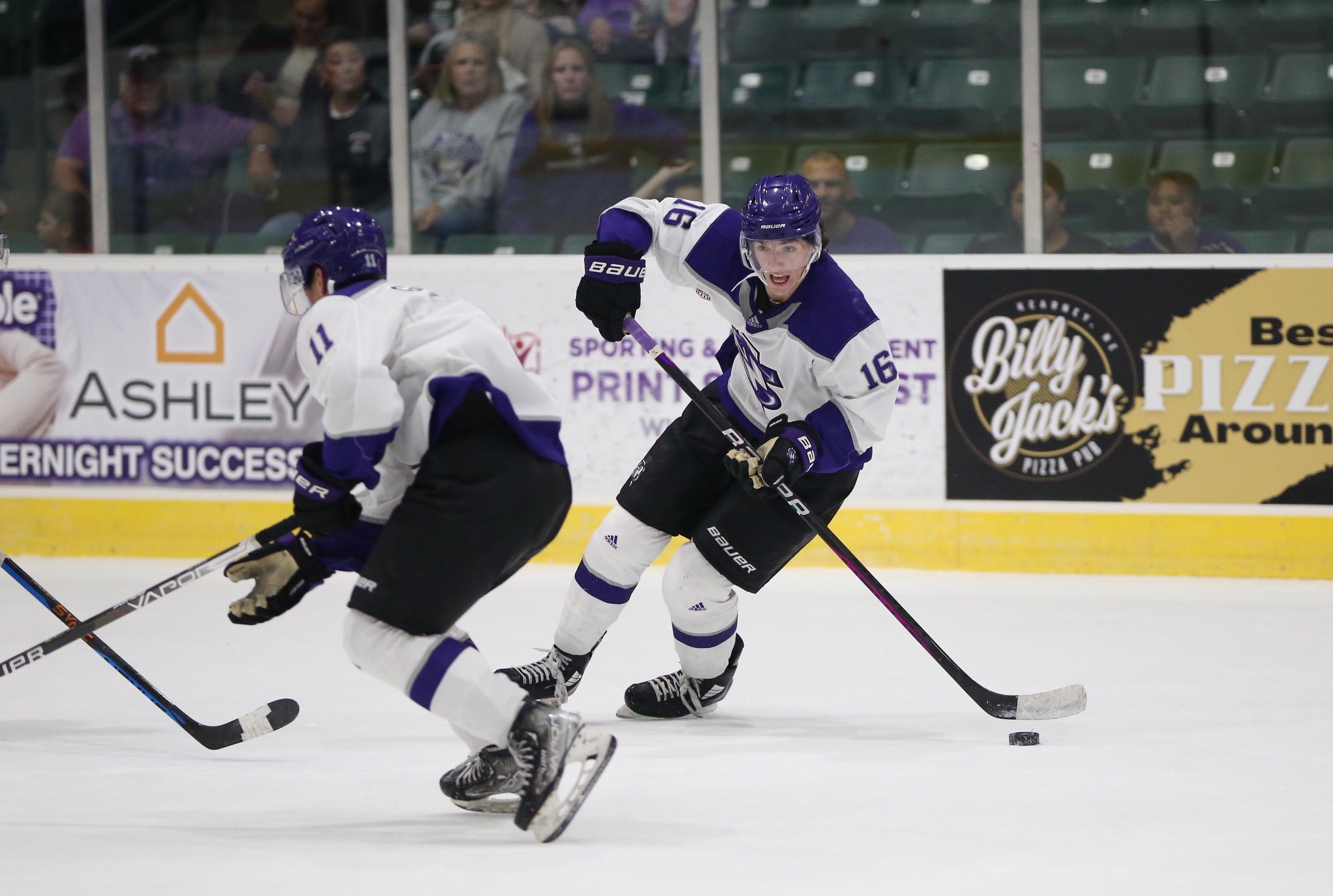 Many players have a strong will to win, and then there is Trevor Connelly.

The former Jr. Ducks standout possesses a competitive fire that might best be described as obsessed.

"Everything is a trigger. If someone scored more goals, he wanted to top it. If someone skated faster, he wanted to skate even faster," said Eugene Kabanets, who coached the 2006 group Trevor was a part of. "His compete level is something I haven't seen before or since. That is why he's where he's at."

Connelly, who recently committed to Hockey East powerhouse Providence College and became the 68th player with ties to the Jr. Ducks to make a Division I commitment, is off to a strong start during his first season of junior hockey for Tri-City of the United States Hockey League. A 16-year-old playing in a league that leans heavily on 18- to 20-year-olds, he had seven points in his first nine games. He's playing on the Storm's second line and seeing time on the power play.

He was thrilled to get the opportunity in Tri-City and then to have the doors open up for Division I hockey. Providence, a consistent entrant in the NCAA Tournament and the 2016 champion, holds many appeals.

"The coach (Nate Leaman) is unreal," Trevor said. "He has coached U.S. World Junior teams. We have a great connection.

"Providence was the first school that called me on Aug. 1, at 6 a.m. I loved the campus when I visited it. All of the guys on the team were awesome. I could see myself playing there."

Connelly was quick to credit his development on Kabanets and his father Scott, who coached with the longtime Jr. Ducks coach on his teams.

"He and Eugene are the main reasons why I'm where I'm at," Trevor said. "Eugene taught me how to play the game the right way. I respect him so much.

"My dad has always been there for me. He gives me tips and encouragement. He's really hockey smart, and that's had a huge impact."

Kabanets said the dynamic between the Connelly's has been crucial during Trevor's hockey journey.

"Scott is a huge part in what Trevor is doing," Kabanets said. "He was very supportive, but he always made hockey a fun environment, which you have to do with kids. They were willing to put personal time into it, whether it was passing pucks in the driveway so Trevor could shoot more or talking about the game.

"That relationship has made such a huge impact on Trevor and his younger brother C.J. (a Jr. Ducks 2012 player)."

Kabanets added that the father-son relationship also impacted him.

"Scott opened my eyes to being a better parent," he said. "That was huge for me and my son. You realize the best support kids can receive is from their parents. Look at Tiger Woods. What do you hear when people talk about him? His dad was there for him. Wayne Gretzky? His dad was around him. Michael Jordan, his dad was there."

"I was a good player, but it's been way different with Trevor and C.J.," he said. "The game is different now."

Trevor started playing roller hockey and switched to ice hockey at age 8 after he and Kabanets met at a stick time at The Rinks Westminster Ice.

"Trevor has lived and breathed hockey his whole life," Scott said. "I wouldn't be surprised if he worked in it beyond playing. He loves the game and he's worked his butt off.

"From the time he was little, everything was a competition. He has to be first in everything, it doesn't matter what it is."

The combination of work ethic and want to helped Trevor's transition to junior hockey. The Storm tendered him last spring, giving up a second-round Phase I pick to do so. As soon as his youth season ended, Trevor was in Kearney, Neb., practicing and working out with the Storm.

"It was hard, but that helped me adjust to the pace of junior," he said. "The coaching in Tri-City is unbelievable. I want to be here every day working."

In the midst of his transition to junior, Trevor made sure he stayed in touch with those who've helped him get to where he is.

"I'm always happy when I see players advance," Kabanets said. "Trevor always would go out of his way to stay in touch and keep me updated on his progress."

Scott Connelly looks at his older son's commitment with pride as well.

"He's worked hard," Scott said. "It's good for him, and it's good for the Ducks and younger players to see where hard work can take you."