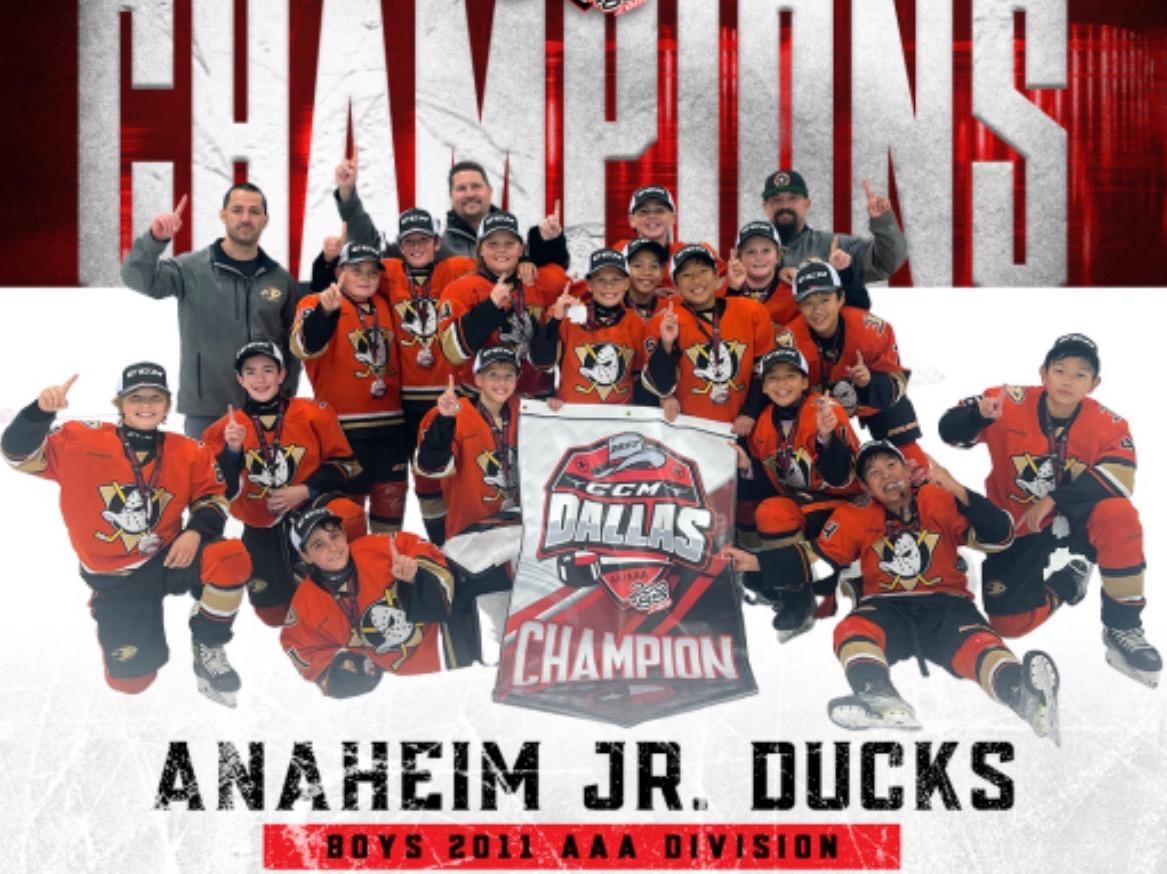 The Jr. Ducks 11U AAA team won the 2011 AAA division at the CCM Invite at Dallas in compelling fashion on Monday.

Trailing 3-0, the Jr. Ducks rallied for a 5-4 victory against Dallas Stars Elite and avenged a 9-3 preliminary round loss to the hosts.

Anaheim began the tournament by knocking off Team Maryland 7-1 and then defeating Carolina Premier Hockey 4-1. After losing to the Stars Elite, the bounced back to defeat the San Jose Jr. Sharks 5-1.

The Jr. Ducks defeated the Jr. Coyotes 6-1 in a semifinal before rallying to topple the Stars Elite in the final.