The 19 will play in nine different leagues, including the USHL, NAHL, BCHL and AJHL. 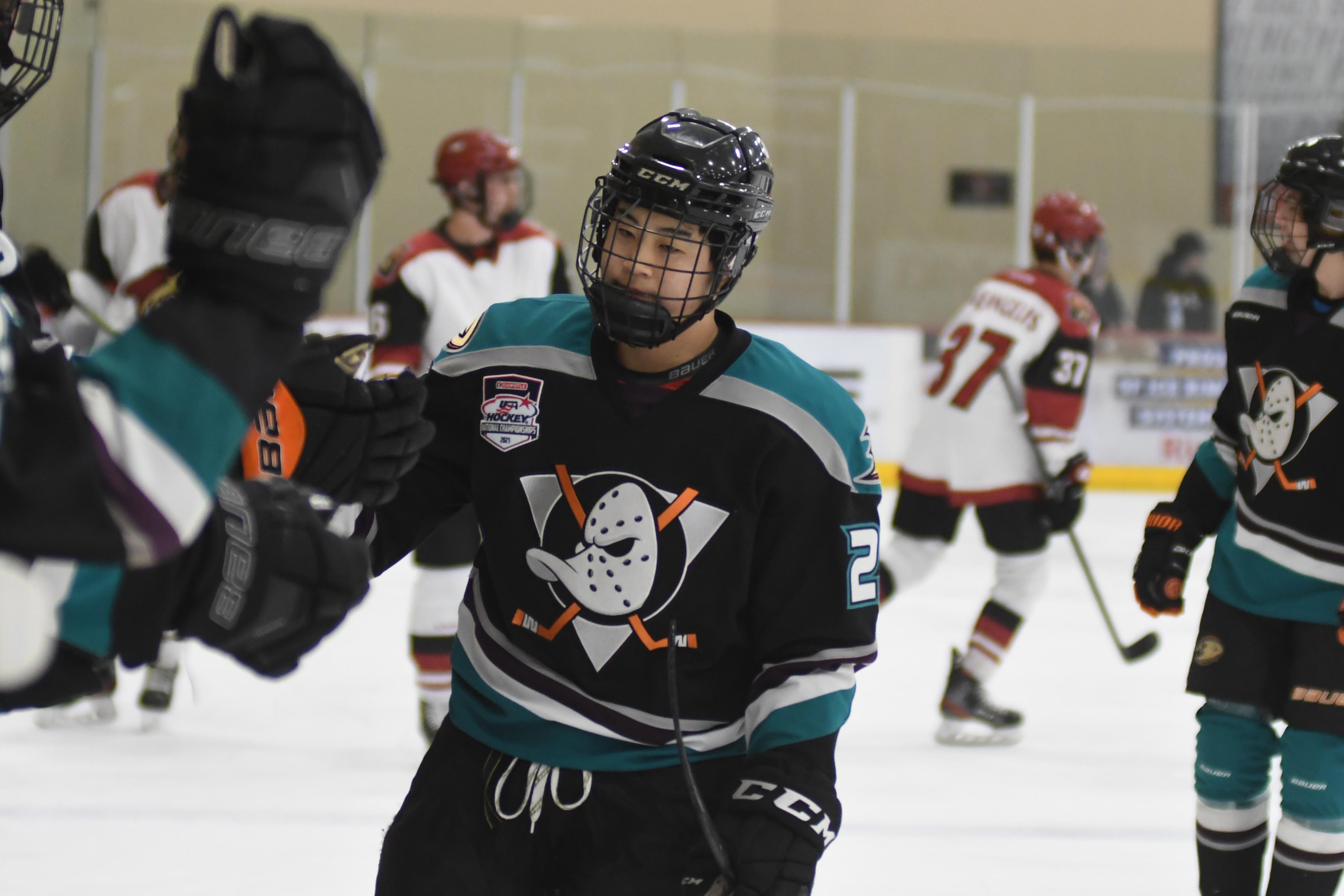 Christian Kim scored more than two points per game for the 16U AAA team during 2021-22. Photo courtesy of the Kim family

A total of 19 more players with ties to the Jr. Ducks will pack their bags and play junior hockey this coming season.

Three players are headed to the United States Hockey League (USHL). They include:

Five more players are headed to the British Columbia Hockey League (BCHL). They include:

Isenberg, a 2004 who committed to Air Force, will play at Merritt along with Shara, a 2003 who played 14U with the Jr. Ducks and OCHC. Isenberg had 50 points in 58 games for the 18Us this past season and is Merritt’s only Division I commit heading into the upcoming season.

Forward Luke Baker, who led the 18Us with 74 points and 30 goals in 57 games, will return to North Iowa of the North American Hockey League (NAHL). Baker, a 2004, played six games for the Bulls during two call-ups last season.

Six other 18U teammates will join him in various junior leagues. They include:

"That's the goal every year, to develop these players and prepare them for success at the next level," said 18U AAA coach August Aiken. "It's great to see all these players making the jump to Tier 2 Junior A hockey.

"All these players have a bright future ahead of them."

In addition, forward Nick Stevens, a 2003 who played 18U AA hockey in 2020-21 and 16U AA the previous season for the Jr. Ducks, is moving on to the USHPHL after playing for Bozeman in the NA3HL last season. He had 24 points in 41 games last season.

Defenseman Duncan Needham, a 2004 who is a longtime Jr. Ducks AA player, will play for Bozeman this season. He had 15 points in 32 games for OC Hockey Club's 18U AA team last season. Andrew Browe will also play in the NA3HL. And Aidan Casgrove is headed to the EHL.