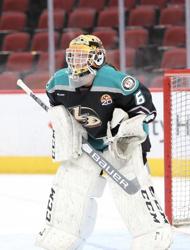 Nine players with ties to the club, including eight who played for them this past season, headed to St. Cloud State in Minnesota from late June to mid-July for the top development camps.

A pair made the Girls U18 camp - former Lady Ducks Allie Lalonde, a forward, and Gabbie Kim, a defenseman.