Have pads, will travel: Shea's perseverance leads to Michigan commit

Unfazed by a winding junior path, the 2001 lands in the Big Ten. 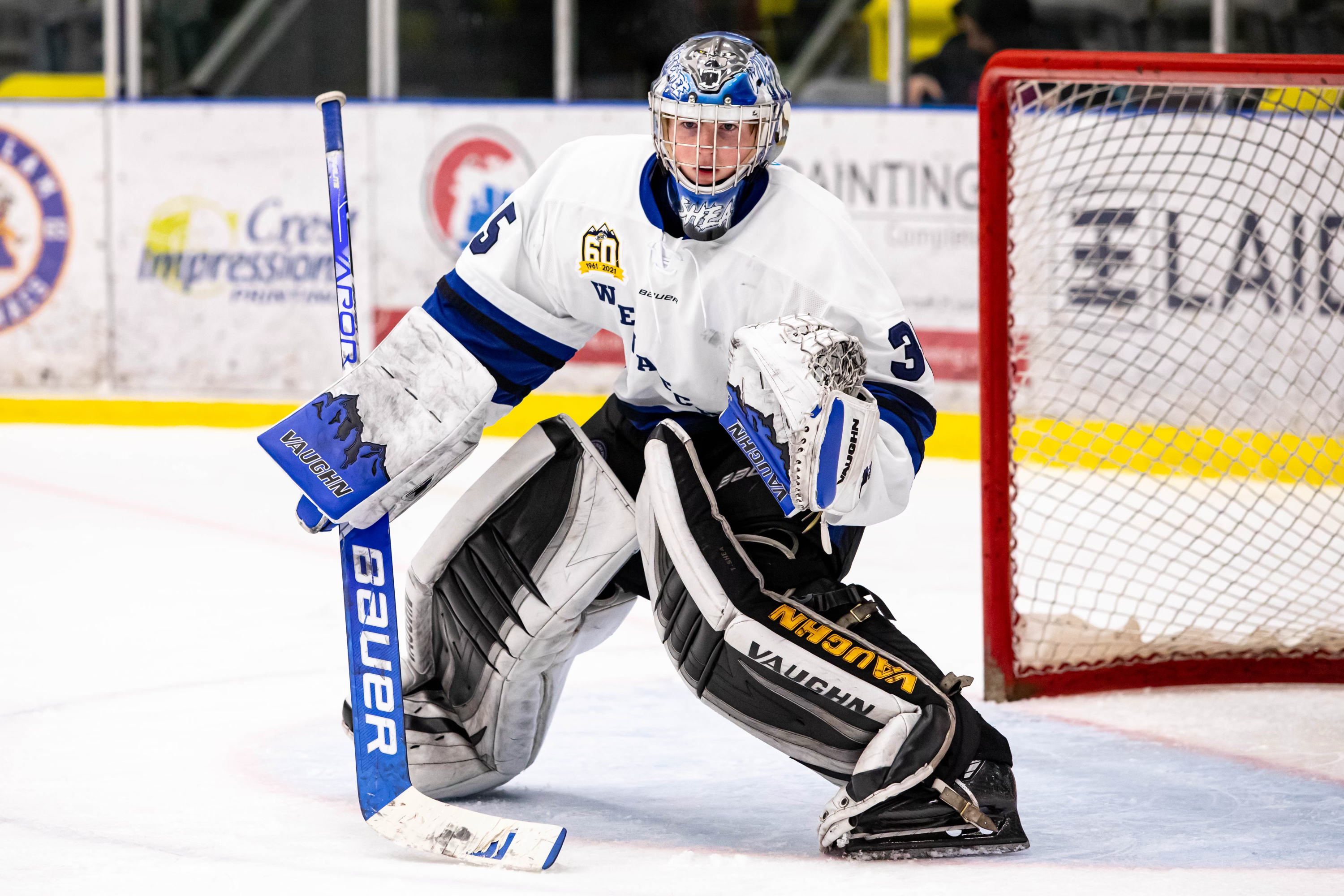 Tyler Shea played big minutes for the Wenatchee Wild of the BCHL this past season. Photo courtesy of Garrett James Photography

Why do I play hockey? That was question Tyler Shea asked himself last fall after a third crack at the United States Hockey League didn’t pan out.

It was another step in an odyssey that took the goaltender to five junior teams in less than three years. But it wasn’t the final step, and Shea’s perseverance paid off when the goaltender committed to the University of Michigan on June 3.

“It’s crazy how it all worked out,” Shea said. “Everything fell into place after a long time performing under pressure.”

In the process, Shea became the 11th 2001 birth year from the Jr. Ducks, and the 65th alumni overall to make a Division I college commitment.

“Tyler is really persistent,” Jr. Ducks Director of Player Development Alex Kim said. “He’s been through a lot of adversity and persevered.”

Shea should have no problem navigating the Upper Midwest. He’s spent plenty of time moving within it during his junior days.

“I’m glad Tyler got this opportunity with Michigan,” said Jr. Ducks 18U AAA coach August Aiken. “With how hard he works and the skill set he possesses, he’s a Division I goalie. Juniors were a grind for him, but he stuck with the process.”

The grind began with a call-up to the North American Hockey League’s Austin Bruins in 2019 after he’d completed his 18U AAA season with the Jr. Ducks. His one-game cameo was followed by 20 games – which included some long stretches without game action – in Austin, which is located in Minnesota, during the 2019-20 season. His .922 save percentage and 2.92 goals-against average caught the attention of Dubuque of the USHL, which drafted him in Phase II of its draft in spring of 2020.

Dubuque later traded him to Muskegon before he could play a regular-season game. He also didn’t play there and returned to Austin for the 2020-21 season, when he took over the starting job and had .914 and 3.23 numbers.

A year ago, Madison called his number in the Phase II draft, so off he went to Wisconsin’s capital last fall. He received one start and that was it.

“There were a lot of dark days,” Shea recalls. “I went back to the roots of why I started to play the game - the enjoyment of it.”

While having to fill out a change-of-address card for a fifth time wasn’t exactly how he’d planned things, this one worked like a charm. Shea stayed on the West Coast, playing for Wenatchee of the British Columbia Hockey League, and posted .904 and 2.98 numbers in an offensively oriented circuit.

“The big thing I brought was a lot of experience,” Shea said. “I’ve been through the wars. The change of scenery helped, and I got to play a lot of minutes.”

His junior eligibility exhausted, the answer to what happens next came in the form of contact from the Wolverines.

“That’s a storied program with a lot of history,” Shea said. “They made the Frozen Four last year.

“It’s also a world-renowned school. When they asked my answer, it was ‘Yes. When do I report? What do I need to do?’

“None of this would have been possible,” Shea added, “without the three seasons with the Jr. Ducks.”

Shea, who plans to major in business, sandwiched seasons of 15U and 18U AAA around a 16U season that ended with the club’s first AAA medal (a bronze) at the USA Hockey Nationals in 2018.

“Nationals was a great experience,” he said. “Our group was fun to watch, but the thing I’ll never forget are the friendships and the relationships off the ice. We’ll always be friends.”

Some of Shea’s perseverance no doubt was honed navigating about 70 miles of traffic from Valencia with teammates Ethan Wolthers and Collin Madrid four times per week.

“He was my goaltending partner all three years,” Shea said. “And he is an unbelievable goalie and a great person. We’re best friends, and he played a major part in my development as a player and as a person.”

There were plenty of fringe benefits for the Jr. Ducks with this arrangement.

“They were by far the best tandem I’ve had,” 18U AAA coach August Aiken said. “I felt comfortable playing either of them at any time, and they pushed each other every day.”

“They were a really good tandem for us all the way through Nationals,” said Kim, co-coach of that 16U team.

The next season at 18U the numbers were .945 and 1.82 for Shea and .931 and 2.30 for Lahmon. Think about it, for two seasons the Jr. Ducks on average would allow one to two goals regardless of which goalie got the call.

And in the process Shea got to stay home and graduate from high school, another experience he valued.

“What this says about 18U hockey is you’re not closing doors if you stay in California,” Aiken said. “Tyler is a great example of this, and it should be an eye-opener. He believed in the process, put in the work, and he was rewarded.”