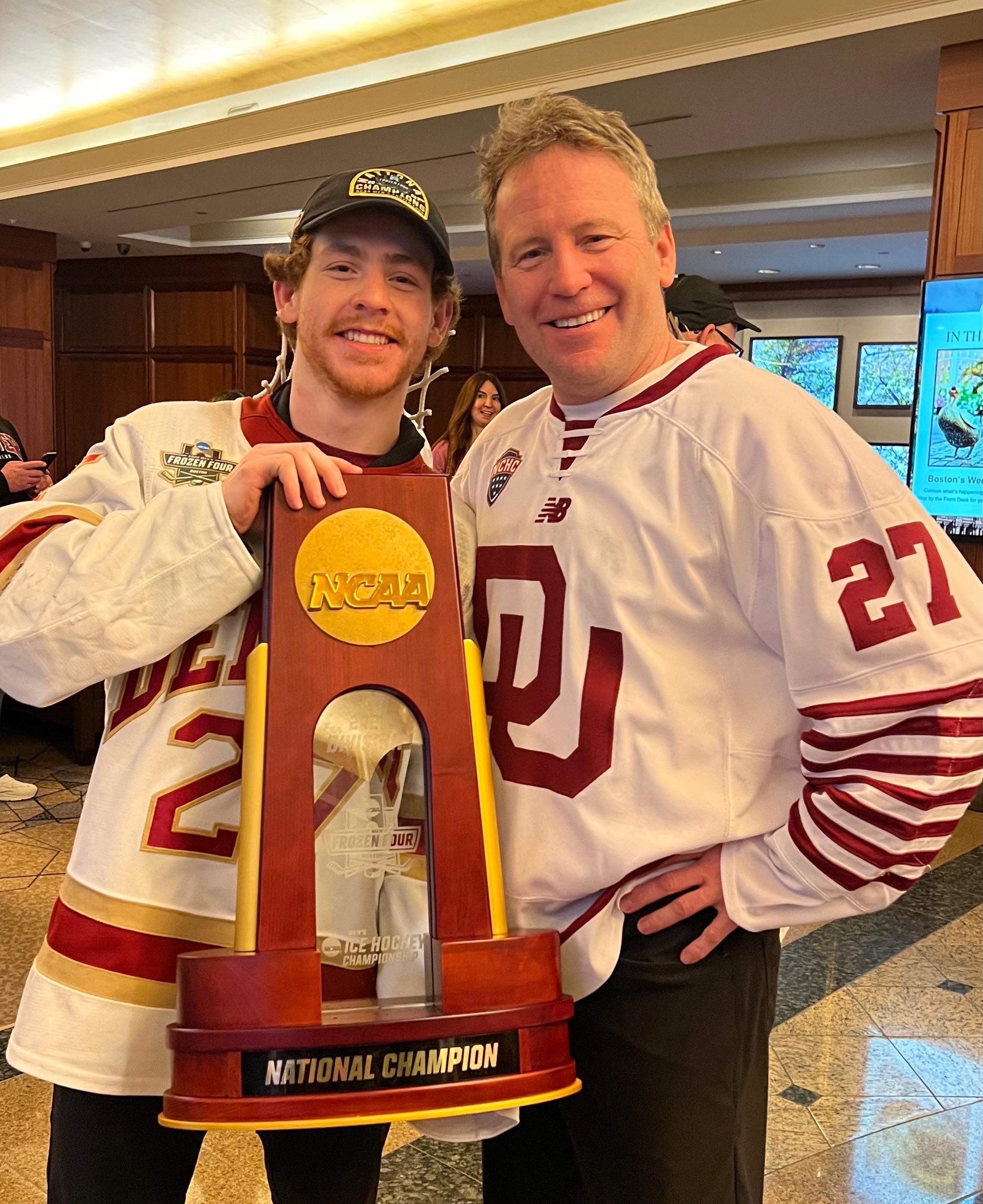 Persistence always has been an attribute of Kyle Mayhew's, and that paid off in a big way on April 9.

Mayhew played a key role in the University of Denver's NCAA Division I championship, which came in compelling fashion against Minnesota State at the Frozen Four at Boston.

The Pioneers scored five third-period goals after being largely dominated for most of the first two periods of the title game, and won 5-1.

"In the locker room there wasn't too much panic," said the defenseman, who played for the Jr. Gulls, OCHC and the Jr. Ducks growing up in California. "Some of our younger players were a little tense in the first and second periods. Between the second and the third we said we don't need to change anything, just keep after it, and that's exactly what we did."

Mayhew has experienced quite a ride during his four seasons at DU. An excellent skater with a high hockey IQ, he had to overcome preconceived notions about his lack of size (he's 5-foot-7 and about 160 pounds). He also was played out of position at times.

"The journey, making it to this moment, has been special," Mayhew said. "Freshman year was weird. I was in and out of the lineup, and when I was in I played forward."

After playing just 17 games as a freshman, he returned to defense as a sophomore in 2019-20, playing in 36 games before the season was canceled due to the Covid outbreak. He played in 20 of Denver's 24 games as a junior.

This season was his breakout campaign. Paired with Colorado Avalanche prospect Sean Behrens on the Pioneers' top pairing, Mayhew drew tough assignments and killed penalties. His 11 points equaled the total of his first three seasons combined, and he played in 40 of the Pioneers' 41 games.

"I had a bigger role all season, and I was happy with that," he said.

As one of only five seniors on the team, he also took on a larger leadership role, something that helped the Pioneers attain the ultimate goal.

"We told the guys we can't take this for granted," Mayhew said. "Everyone bought in by the end of the year.

"Our confidence grew all year, and when we were at the national tournament is was really high."

Thanks to an NCAA ruling that allows a fifth season of eligibility for those who played during the Covid-affected seasons, Mayhew is going to return as a grad student for the 2022-23 season. That will allow him to complete both his bachelor's and master's degrees in finance. He has been an NCHC distinguished scholar-athlete (3.5 gpa or higher) all four of his seasons at Denver.

None of this, Mayhew said, would have been possible without the foundation he built by playing for the Jr. Ducks, Jr. Gulls and OCHC growing up.

"The biggest thing is those programs made me ready for the next level," he said. "Not everyone understands how good the resources are in California, how good the training is, who you get to know through the game. The coaching was excellent, and it made me ready to take that next step to juniors.

"That got me to where I am today."