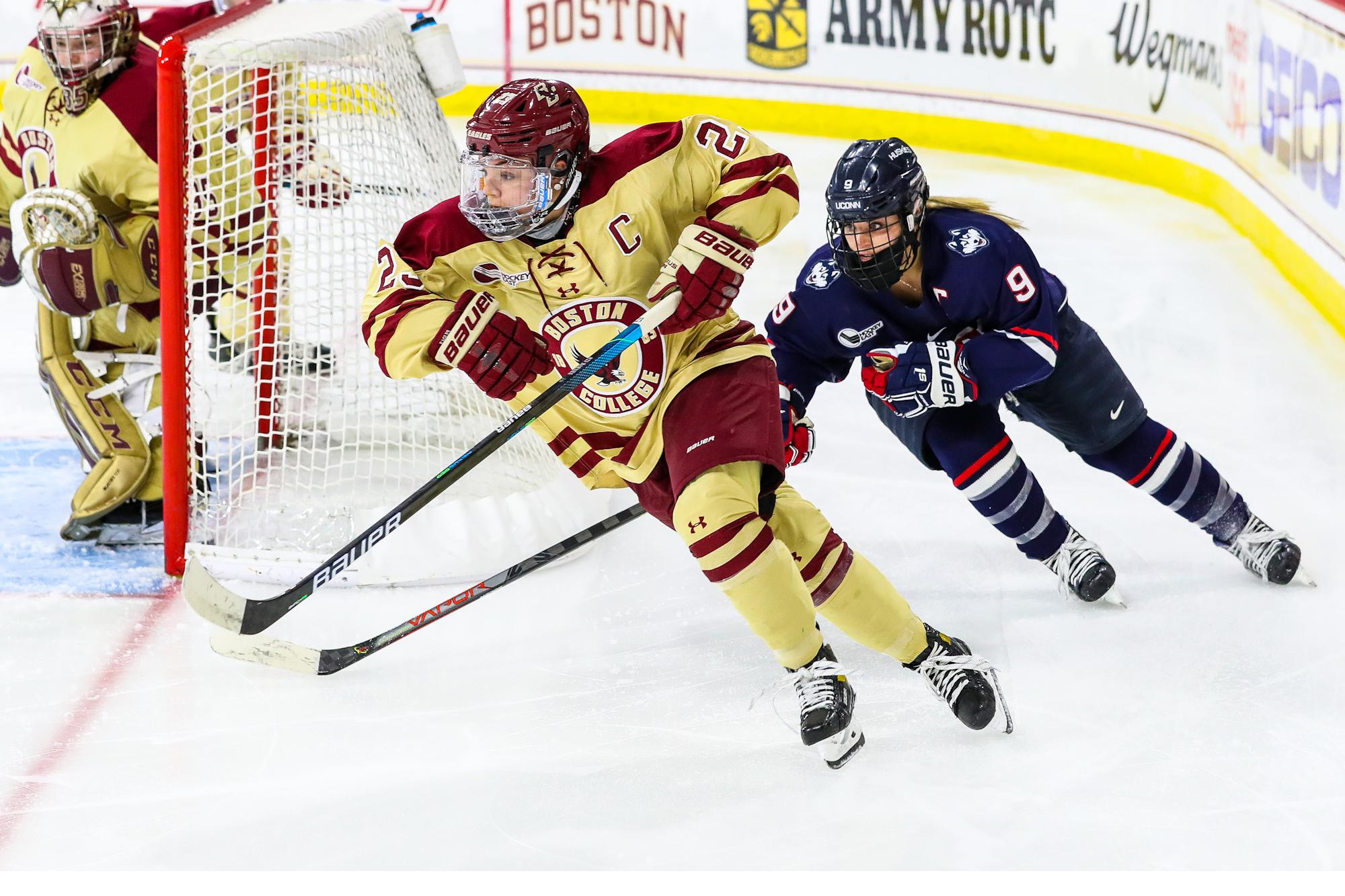 Former Anaheim Jr. Ducks and Lady Ducks player Cayla Barnes has been selected to the U.S. Women's Olympic hockey team for the time in a row.

Barnes, who is a senior at Boston College, won a gold medal with the 2018 team at PyeongChang. She also won gold at the Women's World Championships in 2019 and is the only three-time gold medalist for the U.S. Under-18 team. She was the youngest player on Team USA at the 2018 Games.

Barnes has had a decorated career for the Eagles as well. The team's captain as a redshirt junior last season, she was a second-team All-American last season, when she had 10 points and blocked 36 shots, as well as a Hockey East First-Team All-Star. She is in the top-10 all time in points by a defenseman in program history (56).

As a redshirt sophomore, she had 23 points and was a finalist for Hockey East Player of the Year.