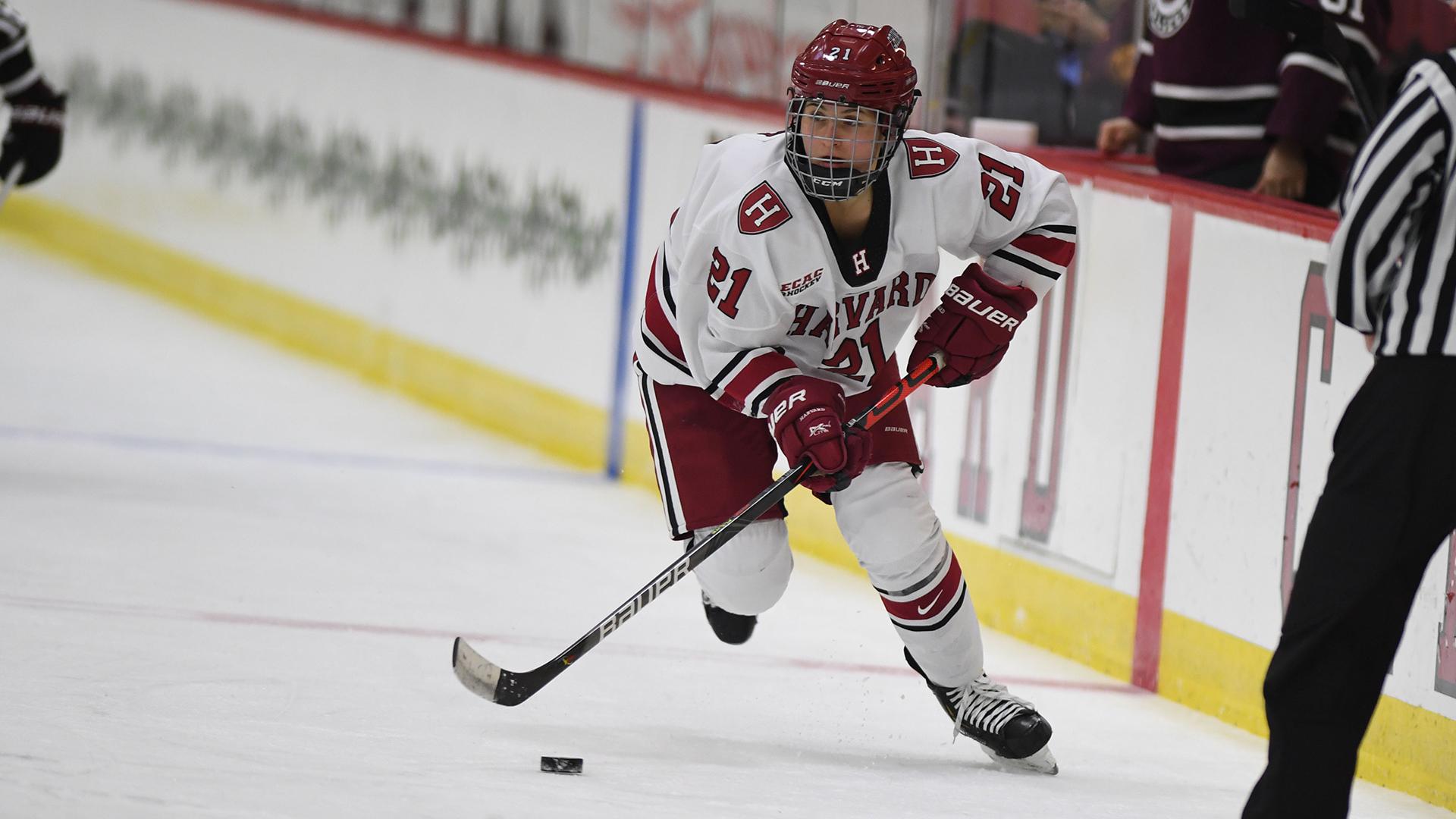 Former Anaheim Lady Ducks player Keely Moy has been selected to play for the Swiss Women's National Team for the upcoming Olympic Games in Beijing.

Moy, who is a senior at Harvard, is no stranger to international competition or Swiss hockey. Her mother Susanna is from Lucerne, Switzerland, and Keely attained dual citizenship five years ago.

Keely, a longtime San Diego Jr. Gulls player, competed for Switzerland during the Three Nations Tournament last month in Basel, and also played for Ladies Team Lugano during the 2020-21 season (something she detailed last summer).

"This is my lifelong dream," she told Harvard's official website. "I still have trouble processing it. I'm super thankful for my family and my coaches here and everyone who has helped me along the way."

Moy has been a standout on the Crimson, scoring six goals among her 11 points in nine games this season. The forward  was picked as the ECAC Hockey Player of the Week in late October. She has 55 points, including 30 goals (six game-winners) during her three-plus seasons at Harvard.

She played for the Lady Ducks at the 16U AAA level during the 2013-14 season scoring 34 goals among her 66 points. The LDs reached the USA Hockey Youth Nationals that season.

Her father Randy was a foundational coach for the Jr. Gulls for many years. He succumbed to an aggressive form cancer in July 2020 after a spirited battle.

Her older brother Tyler was a standout player for Harvard from 2013-17, when he scored 45 goals among his 101 points. He was a 2015 NHL Entry Draft pick by the Nashville Predators and currently plays pro hockey for Geneve-Servette HC in Switzerland.