The former Jr. Ducks forward is playing junior hockey in the USHL this season. 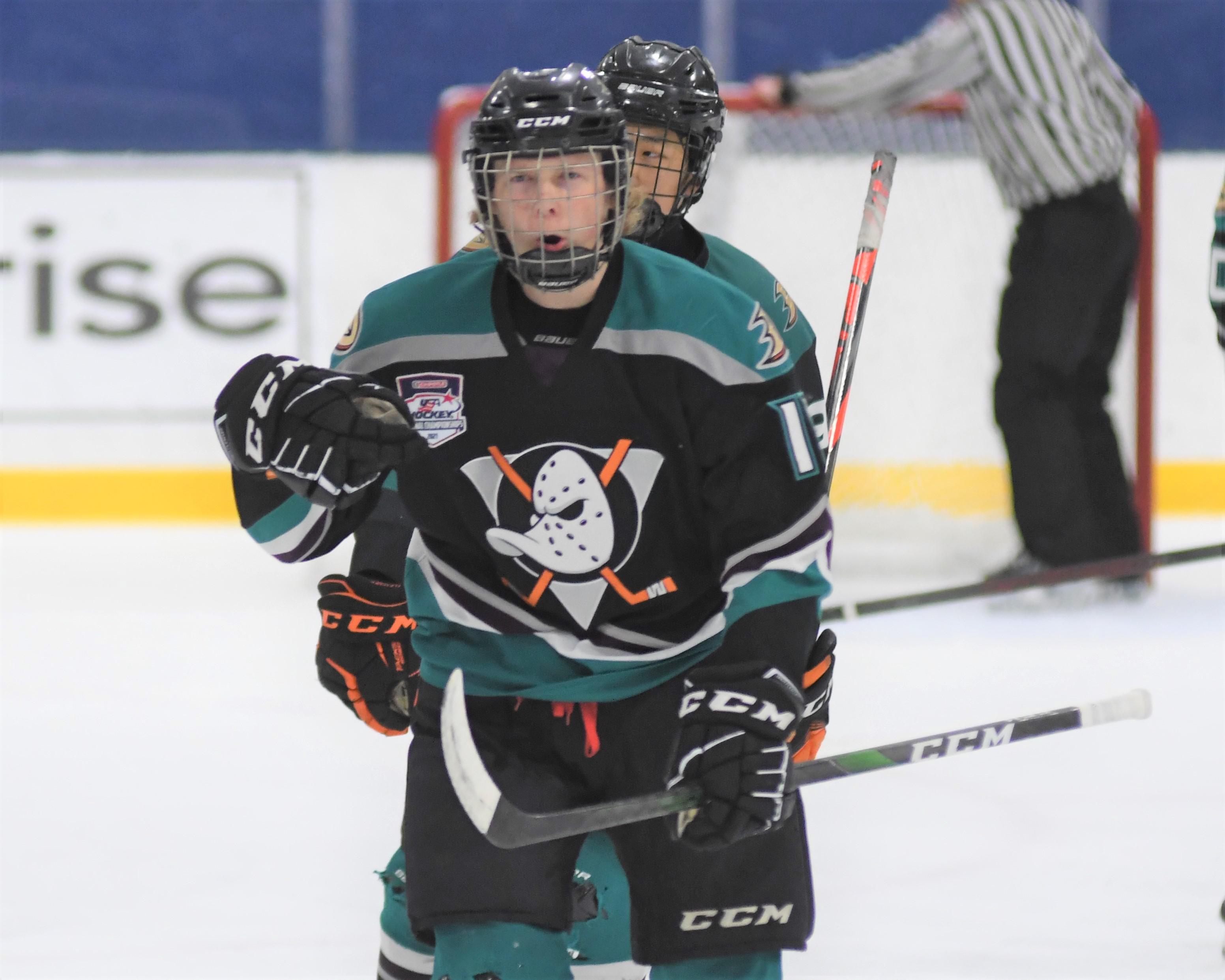 Merril Steenari’s address changed this season, but the character traits that helped him get to the United States Hockey League haven’t.

Chief among those would be his focus, determination and work ethic. Those all played a role in the former Jr. Ducks forward making a Division I college commitment to Colorado College on New Year’s Eve.

“CC is closer to home, the location (Colorado Springs) is beautiful, they have a new rink and a new staff,” the 2004 birth year said ticking off many of the reasons behind his decision. “Everyone there understands what it’s going to take to get better.”

Steenari will join a Tigers program that is in the process of rebuilding under first-year coach Kris Mayotte. Colorado College competes in the ultra-tough NCHC, which has six teams ranked among the top 15 – and five of the top eight - in Division I.

The long-time Jr. Duck wasn’t part of too many rebuilding projects in Orange County. He was a member of the 16U AAA team that went to Nationals last season and missed out on the quarterfinals due to a tiebreaker. He was on a 15U AAA team that qualified in 2020 and on a 14U AAA team that also competed at Nationals in 2019.

He typically generated good offensive numbers with the club, but those went to another level during the 2020-21 season, when he scored 73 points (37 goals) in 59 games. His points per game increased from 1.04 a year earlier to 1.32 at 16U.

“Merril works hard. He’s relentless,” said Jr. Ducks Director of Player Development and 16U AAA coach Alex Kim. “He carries high expectations. In addition to his tenacity, he has the ability to score at any time because he has a good release and good speed.”

His performance last season and a strong showing at USA Hockey’s Select 16 camp earned him a spot on the U.S. Under-18 Men’s Select Team that competed in the Hlinka Gretzky Cup in the Czech Republic and Slovakia. He was the third Jr. Ducks player in five seasons so honored, following Slava Demin (UMass, Vegas Golden Knights draft pick) in 2017, and Josh Groll (Minnesota State) in 2018.

That experience, and the run-up to it, also contributed to bringing Steenari to this point.

“Preparing for Hlinka, he was on the ice five days a week, working out with a strength and conditioning coach four days a week. All that preparation, added with opportunity, equals success,” Kim said. “It’s not so much about the amount but the quality, and Merril had that.”

It also helped prepare him for junior hockey, where through New Year’s Day he had played in 23 games for the Sioux Falls Stampede as a 17-year-old in a league dominated by older players. After years of being a top-line player, he’s had to adjust to playing a smaller role.

“It’s a man’s game now,” he said. “As I keep getting stronger I know I will produce more.”

It’s not an unusual transition, Kim said. It’s one he went through more than two decades ago.

“He’s been really good about staying positive,” Kim said. “He’s had to adapt to a new role. He’s working hard and making the best of the opportunity he’s been given. I’m proud of his ability to overcome that facet of the game that a younger player doesn’t think about when he goes to junior hockey.”

Steenari is the 29th player with ties to the Jr. Ducks to make a D-I commitment in the past seven years. He said Kim’s guidance helped him and his family navigate the recruitment process.

“(Kim) has such a wealth of knowledge,” Steenari said. “Even though he went to CC, he didn’t push me there. He wanted me to decide what was best for my future.”

Another assist goes to former Jr. Ducks defenseman Chad Sasaki, who is a junior at Colorado College.

“I skated with him over the summer, and he answered a lot of my questions,” Steenari added. “He gave me great input and shared about his experiences.”

As the Jr. Ducks’ presence in junior, college and pro hockey continues to grow, so do the opportunities for younger players such as Steenari to learn from those who have gone before them. That, he said, has been a massive help along his journey.

“It’s huge,” he said. “The program is doing so well that there are always good players coming out of it. Our summer skates are great. And I couldn’t have done any of this without the help of all the coaches there.”