The Jr. Gulls captured tournament titles at the 12U and 8U levels over Labor Day weekend. 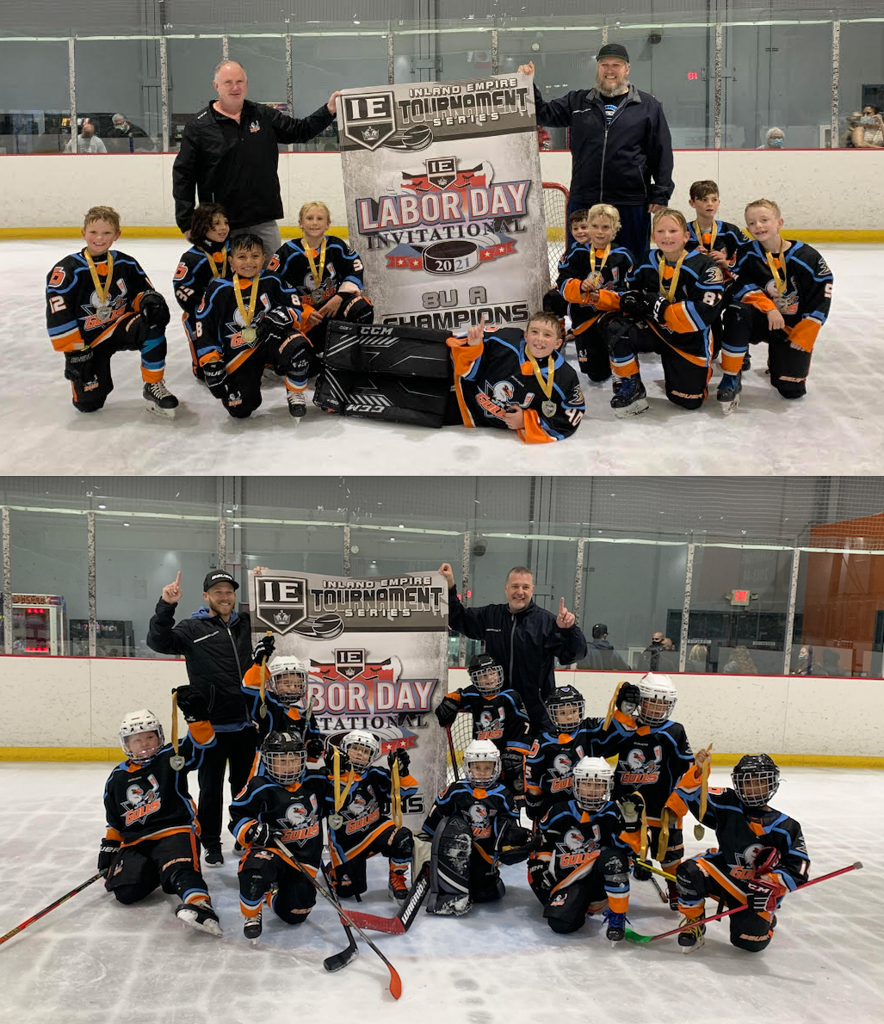 The Jr. Gulls 12U AA2 team rolled to a title at the SDIA Fun in the Sun Tournament over Labor Day weekend.

The 12U AA2 team won its division at the SDIA Fun in the Sun Tournament, which was played all over San Diego County. The Jr. Gulls knocked off the tournament host Oilers, 5-1, in the championship game.

That triumph capped a 5-0 run in the event. The Jr. Gulls’ balance was demonstrated by the fact that five different players - Noah Thirkell, Jonah Hamilton, Carter Hands, Gavin Lamont and Sebastian Myslikovjan - were selected game MVPs over the five games.

“The team really came together with only two weeks of practice, and it put in a great effort the entire weekend to raise the banner after the championship game against SDIA,” coach Dean Wilson said.

Both the 8U A and 8U B2 teams won their divisions at the Inland Empire Labor Day Invitational.

The 8U B2 team’s accomplishment - capped by a 7-5 victory over the Great Park Grizzlies in the championship game -  is all the more impressive when one considers the group of first-year players had never played in an organized tournament before! The squad, coached by Dave Scowby, tied its first two games and then won the rest of its games to capture the banner.

The 8U A team sustained just one loss on its way to the title, and it was backed by particularly strong goaltending. It finished the tournament with a resounding 14-3 victory over the Los Angeles Jr. Kings. The Jr. Gulls featured a mix of new and returning players who were looking forward to their first tournament in more than a year. The group gelled quickly under coach Rob Bishop.