A total of 10 with ties to Jr. Ducks taken in USHL drafts

Two current 16U players are among five Jr. Ducks taken in Phase I of the USHL Draft

Two current 16U players are among five Jr. Ducks taken in Phase I of the USHL Draft 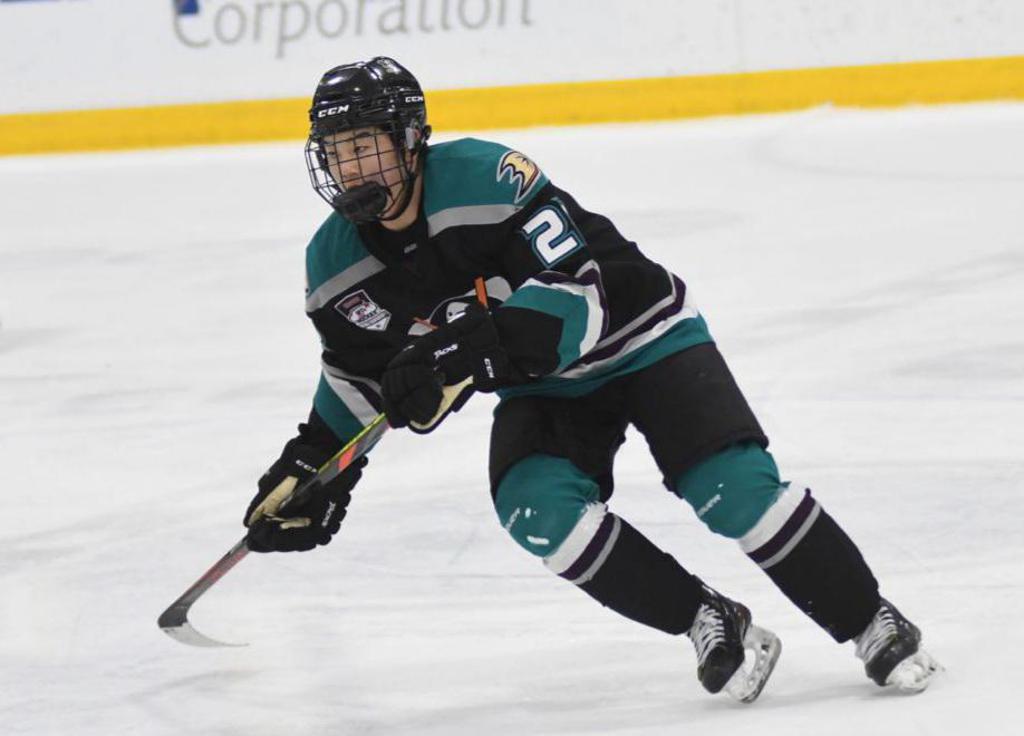 Jr. Ducks 16U AAA forward Christian Kim was selected by Tri-City in the fourth round of Phase I of the USHL Draft.

Five players with ties to the Anaheim Jr. Ducks, including two members of this past season's 16U AAA team, were selected in Wednesday's Phase I USHL Draft. Another five, including two who played for the club this season, were picked in Thursday's Phase II of the draft.

In Phase I, 16U goaltender Miles Roberts was selected in the third round, 40th overall, by the Chicago Steel, while teammate Christian Kim, a forward, was picked one round later, 52nd overall by the Tri-City Storm.

Former Jr. Ducks Francois De Villiers, Jason Zaccari and Ty Henricks also were selected. De Villiers, a defenseman, went in the third round, 34th overall, to the Lincoln Stars. Zaccari, another defenseman, was taken by Cedar Rapids in the third round, five picks after Roberts. And Henricks went in the seventh round, 91st overall, to the Youngstown Phantoms.

Roberts and Kim joined three 16U AAA teammates who were Phase I picks last year - James Hong, Merril Steenari and Broderick Williams. The five helped their Jr. Ducks team win a Pacific District title and come within a tiebreaker of reaching the playoff round at Nationals in April.

2005 birth years were eligible for selection in Phase I.

Harris, a wing, was taken in the second round, 17th overall by Sioux Falls. Shea, a goaltender who played this past season for Austin in the North American Hockey League, was taken by Madison in the eighth round, 121st overall. Roloson, a defenseman, was picked by Green Bay in the ninth round, 133rd overall.